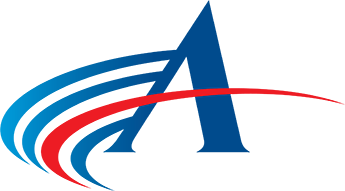 Our mission is to continuously strive to provide members of our community with premier, secure, and personalized financial products and services combined with one-on-one attention from professional and member-oriented employees.

The original credit union office was in the United States Post Office and Courthouse Building on Grant Street. The credit union relocated to the William S. Moorehead Federal Building when it was built. Because of our tremendous growth, we made the decision to move again in 1991 to our present location in Liberty Center. Since moving to Liberty Center, we have added ATM access to all PNC® Bank ATMs.

In October of 2006, we progressed to a community charter, which allowed us to offer membership to anyone who lives, works, worships, or attends school in Allegheny County, and we officially changed our name to Allegent Community Federal Credit Union. In 2009 we started the Keystone Lending Alliance with four other area credit unions, which allows our members to obtain a car loan right at the dealership.

In 2010, we opened our second branch in Franklin Park, PA, which enabled us to offer new services to members, such as a drive-thru service and ATM, safe deposit boxes, and expanded weekday and Saturday hours.

In October 2014, Eastern Pittsburgh Bell Federal Credit Union merged with Allegent. As a result of the merger, we provided a third branch on Rodi Road in Penn Hills and became more accessible to our members in the Eastern suburbs of Pittsburgh.

In October 2019, Allegent opened a fourth branch in Cranberry Township, PA. This location was our first branch in Butler County, enabling us to better service our members north of Pittsburgh.

In February 2021, Allegent Community Federal Credit Union acquired Riverset Credit Union. As a result of the acquisition, we added our fifth branch location at 53 S. 10th Street on the South Side of Pittsburgh.

For added convenience, our members also have access to any PNC Bank® ATM – surcharge free!*
That gives you access to more than 800 ATMs in the PA region and more than 9,000 nationwide.

*Transactions using Allegent ATMs and any of the more than 9,000 PNC Bank® ATMs are surcharge-free. The Credit Union will assess a $3.00 fee for each transaction conducted at any non-PNC Bank® ATM effective 9/1/2021.